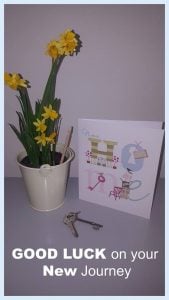 Alex (not his real name) arrived at Palm Cove Society in 2016. Alex was rescued after the police raided a property that he was being held in for the purpose of forced labour and exploitation.

Alex was provided with safe, secure accommodation at Palm Cove Society to give him breathing space and time to reflect and recover from his experiences.

Alex was malnourished and had untreated injuries to his body. Alex had been kept in various properties and forced to endure unpaid work for long hours with no freedom of movement.

With the help and intensive support of his Residents Advocacy Worker Snjezana, Alex has today signed up for his first tenancy and moved into independent living.

Alex will continue to benefit from our open-door policy.

We would like to wish Alex all the best in his new home.

Being granted refugee status might mean all our problems are behind us, but on the contrary, problems just start. From my own experience, I can declare that the life of a refugee is difficult, especia… END_OF_DOCUMENT_TOKEN_TO_BE_REPLACED

May I first thank Palm Cove Society and both the staff members that I spoke to for your help and support in relation to my client. Working within the Adult Protection Unit your society is greatly appr… END_OF_DOCUMENT_TOKEN_TO_BE_REPLACED

Not long after my arrival my husband beg… END_OF_DOCUMENT_TOKEN_TO_BE_REPLACED