Modern Slavery – Success Story of a Victim of Trafficking 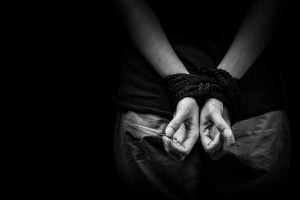 Jacob (not his real name) was trafficked into the UK in 2010, he was told by his traffickers that he could earn a good wage in the UK. Jacobs journey was planned and paid for by the traffickers. The day he arrived in the UK, his ID documents were taken and he was put straight to work. Jacob was never paid for the work he did, he worked 7 days a week, 10-12 hours a day and was given left over food to eat. Jacob was subjected to regular beatings from the traffickers, however he was too frightened to leave, as he had nowhere to go and no identification.

Following a tip-off to police by a member of the public, Jacob was rescued and taken to the police station and later brought to Palm Cove Society. At Palm Cove Society, amongst other things, he received emotional support, obtained replacement ID documents and supported accommodation.

Jacob has finally managed to move on with his life. His traffickers have since been tried in court and sentenced to 8 years behind bars.

Modern Slavery - Success Story of a Victim of Trafficking

Not long after my arrival my husband beg… END_OF_DOCUMENT_TOKEN_TO_BE_REPLACED

May I first thank Palm Cove Society and both the staff members that I spoke to for your help and support in relation to my client. Working within the Adult Protection Unit your society is greatly appr… END_OF_DOCUMENT_TOKEN_TO_BE_REPLACED

Being granted refugee status might mean all our problems are behind us, but on the contrary, problems just start. From my own experience, I can declare that the life of a refugee is difficult, especia… END_OF_DOCUMENT_TOKEN_TO_BE_REPLACED